Kiara Keen’s fiancé Chad sacrificed his life to save hers. The only way she knows how to repay Chad is to search for the Wolven, who took his life.

Blade Connor the next in line Alpha, who chooses Kiara as one of the preys for the hunt. Kiara devises a series of mishaps to divert the misguide Wolven from believing she’s his mate.

Blade finally catches Kiara it’s to find he has a few issues to overcome. Another Wolven wants Kiara for himself, her stubborn heart won’t let go of the past and blocks every attempt he makes. Leaving him to wonder if, he should give up on a future with a mate, and to complicate things for him the neighboring Western Province is planning to siege his territory.

When Kiara finds Chad’s murderer, she has to choose who owns heart Chad or Blade. 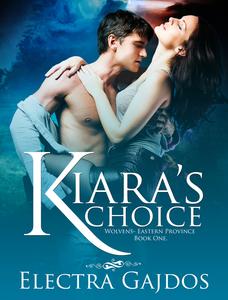